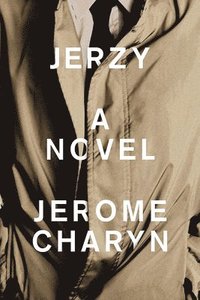 av Jerome Charyn
Häftad Engelska, 2017-03-30
228
Köp
Spara som favorit
Kan tyvärr inte levereras innan julafton.
"Jerome Charyn is one of the most important writers in American literature." --Michael Chabon "One of our finest writers." --Jonathan Lethem "One of our most intriguing fiction writers." --O, The Oprah Magazine "Charyn skillfully breathes life into historical icons." --New Yorker Jerzy Kosinski was a great enigma of post-World War II literature. When he exploded onto the American literary scene in 1965 with his best-selling novel The Painted Bird, he was revered as a Holocaust survivor and refugee from the world hidden behind the Soviet Iron Curtain. He won major literary awards, befriended actor Peter Sellers (who appeared in the screen adaptation of his novel Being There), and was a guest on talk shows and at the Oscars. But soon the facade began to crack, and behind the public persona emerged a ruthless social climber, sexual libertine, and pathological liar who may have plagiarized his greatest works. Jerome Charyn lends his unmistakable style to this most American story of personal disintegration, told through the voices of multiple narrators--a homicidal actor, a dominatrix, and Joseph Stalin's daughter--who each provide insights into the shifting facets of Kosinski's personality. The story unfolds like a Russian nesting doll, eventually revealing the lost child beneath layers of trauma, while touching on the nature of authenticity, the atrocities of WWII, the allure of sadomasochism, and the fickleness of celebrity. Jerome Charyn is the author of, most recently, A Loaded Gun: Emily Dickinson for the 21st Century, Bitter Bronx: Thirteen Stories, I Am Abraham: A Novel of Lincoln and the Civil War, and The Secret Life of Emily Dickinson: A Novel.
Visa hela texten

Praise for Jerzy: A Novel Literary Hub "Indie Press Book We're Looking Forward To" selection Big Other "Most Anticipated Small Press Book" selection "A stark, engrossing novel about the rise and fall of celebrated author Jerzy Kozinski whose life was deeply affected by World War II, the Holocaust, the Soviet Union, literary awards, fame and by the film, Being There, that he wrote and that starred Peter Sellers." --Stay Thirsty Magazine "Daringly imaginative and profoundly insightful." --Booklist (starred review) "The rise and fall of novelist Jerzy Kosinski (1933-1991) emerges in an offbeat way ... through Charyn's resourceful imagination and always-colorful, punchy, provocative prose." --Kirkus Reviews (starred review) "Charyn peels back the layers of myth and artifice built up by chameleon-like Polish-American novelist Jerzy Kosinski... [His] clever novel underscores the sense that Kosinski was a man impossible to nail down, given to wild changes in personality and appearance depending on his own wealth, desires, and mood. Through triangulating voices and stories, Charyn manages to get close to the truth, and does so with beautiful, spare prose." --Publishers Weekly Select Praise for Jerome Charyn "Jerome Charyn is one of the most important writers in American literature." --Michael Chabon "One of our finest writers... Whatever milieu [Charyn] chooses to inhabit, ... his sentences are pure vernacular music, his voice unmistakable." --Jonathan Lethem "Charyn, like Nabokov, is that most fiendish sort of writer--so seductive as to beg imitation, so singular as to make imitation impossible." --Tom Bissell "Among Charyn's writerly gifts is a dazzling energy--a highly inflected rapid-fire prose that pulls us along like a pony cart over rough terrain... [He is] an exuberant chronicler of the mythos of American life." --Joyce Carol Oates, New York Review of Books "One of our most intriguing fiction writers." --O, The Oprah Magazine "Charyn skillfully breathes life into historical icons." --New Yorker "Both a serious writer and an immensely approachable one, always witty and readable and ... interesting." --Washington Post "Absolutely unique among American writers." --Los Angeles Times "A contemporary American Balzac." --Newsday

Jerome Charyn is the author of more than fifty works of fiction and nonfiction, including Jerzy: A Novel (forthcoming from Bellevue Literary Press); A Loaded Gun: Emily Dickinson for the 21st Century; Bitter Bronx: Thirteen Stories; I Am Abraham: A Novel of Lincoln and the Civil War; and The Secret Life of Emily Dickinson: A Novel. Among other honors, he has been a finalist for the PEN/Faulkner Award, was named a Commander of Arts and Letters by the French Minister of Culture, and is the recipient of a Guggenheim Fellowship and the Rosenthal Family Foundation Award for Fiction from the American Academy of Arts and Letters. He lives in New York.