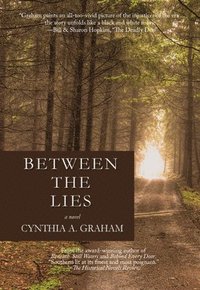 av Cynthia A Graham
Häftad Engelska, 2018-03-27
199
Köp
Spara som favorit
Skickas inom 5-8 vardagar.
Fri frakt inom Sverige för privatpersoner.
96 When the corrupt sheriff of Broken Creek, Arkansas detains a young black boy on charges of accidental homicide, his sister asks Hick Blackburn, Sheriff of Cherokee Crossing, to investigate. Hick is reluctant at first. Not only is Broken Creek out of his jurisdiction, but Hick and Sheriff Brewster have a history, and Hick knows Brewster won't look kindly on his interference. But Hick quickly realizes the boy couldn't have committed the crime. With the aid of a New York attorney trying to make a name for herself and a shy new deputy who knows the boy's family, Hick uncovers a conspiracy that goes to the heart of local corruption, nepotism, and racism. But while Hick is working to free an innocent child in Broken Creek, his beloved Maggie, pregnant with their third child, faces challenges of her own back home. This time, will Hick's dedication to justice extract too high a price? The third book in Cynthia A. Graham's award-winning series, Between the Lies is as timely as today's headlines. Normal0falsefalsefalseEN-USX-NONEX-NONE
Visa hela texten

Heartfelt and poignant, Between the Lies by Cynthia A. Graham handles the complexities of Southern culture and the depths of its racial past with grace and finesse. The character development and plot are deep and complex. This is a novel full of heartbreak, but a story of hope is at its true heart." -- Hunter S. Jones, author of Red Stilleto Strategy "The third novel in a compelling mystery series, BETWEEN THE LIES by Cynthia A Graham does not disappoint. As always, the mystery itself is captivating and unpredictable, but the heart of Graham's book is in the relationships and characterizations. She weaves an intricate tale that effortlessly twists and turns, but we keep reading at breakneck speed to find out if Hick's PTSD demons will get the best of him, if Carol will come to appreciate the strength of small town folk, if Royal will become the man we need him to be, and if Thaddeus will emerge with any shred of innocence still intact. BETWEEN THE LIES is a fascinating study of human nature and interaction that I also found immensely enjoyable to read. The many father-son relationships were especially engaging as they allow us to understand the motivations behind these characters' actions. The pace of the story is just right, and I was absolutely floored by Graham's attention to detail and historical accuracy. I've loved following Hick's journey so far, and I sincerely hope there is more to this series!" -- Kate Kort, author of Glass In this third installment featuring Sheriff Hick Blackburn, Cynthia Graham skillfully grabs the readers and yanks them back to a hot summer in a segregated Arkansas county. Hick is only a few years out of World War ll and still suffers from the war's effects as he searches for truth and justice, this time in a neighboring county. The sheriff there is related to everyone in the county and is trying to railroad a twelve year old Negro boy for a hit and run death. Hick's life and that of his family is on the line as he continues to find the real killer. Who will suffer besides the young boy's family? Cynthia Graham paints an all-too-vivid picture of the injustices of the era--the open prejudices, not only against black people, but also against women, too, as Hick gets unexpected help from a female New York attorney. The story is crisply written, if somewhat dark in places, which serves to hit home with the truth of life in the south as it was then. So vivid was her portrayal of the era, the story unfolds like a black and white movie. Can Hick escape with his life? Can his family? --Sharon Woods Hopkins and Bill Hopkins, "The Deadly Duo" --publisher