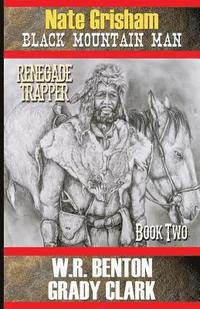 From the Authors of 'Nate Grisham' & 'The Fur Seekers'

When fellow trapper, Coon Turner, turns renegade killer to steal the plew of his friends, Nate and Cotton decide justice must be served, and they will go to any length to see the job completed. Coon knows if he can reach Missouri Territory, where the United States law has no jurisdiction, he'll be a free man. But making it safely to Saint Louis, with Nate and Cotton hot on his heels, isn't going to be easy.

Gathering up some men, he moves west once more and this time he discovers gold, while trading guns and whiskey to the Indians. Overtaken by his own unrelenting greed, Coon butchers his own men, one by one on the way to Missouri. Coon hopes to escape his trackers by becoming a gentleman, but soon he's visited by two mountain men, one white and the other black, both determined to kill him, but he escapes west once more.  Nate seeks to challenge Coon to a fight to the death and by tribal law, only one man can survive.
Visa hela texten