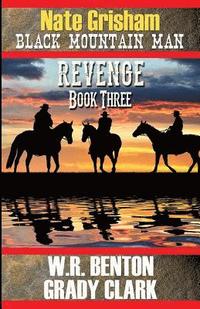 Nate and Cotton are always ready for trouble, but when they're ambushed by a Blackfoot war party they barely escape with their lives. Injured and on the run, the pair stumble into the bloody remains of a settler's wagon train. Miraculously three souls survived the carnage, a runaway slave and his two young children. Nate befriends the trio, and attempts to get them to safety. What Nate doesn't know is a team of slave hunters are hot on his new friend's trail. When Nate crosses paths with the slavers, he is unprepared for their singled-minded dedication, these thugs would happily kill anyone who gets between them and recapturing their runaways.

When a beautiful young woman named Sue escapes the slaver's brutal clutches, Nate helps nurse her back to health. Sue's a head-strong firecracker of a woman, and Nate is surprised to find himself attracted to her vivacious personality. When the young children Nate and Cotton saved are re-captured by the slavers, the urge for bloodthirsty revenge blindsides Nate. He's unwilling to see two innocent children in the hands of these ruthless ruffians.