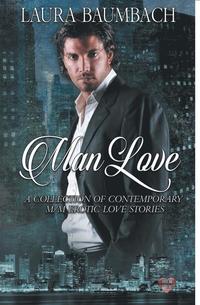 av Laura Baumbach
Häftad Engelska, 2016-04-11
189
Köp
Spara som favorit
Skickas inom 10-15 vardagar.
Fri frakt inom Sverige för privatpersoner.
Manlove is a single author collection of some of my short stories pulled together from other out-of-print anthologies. There are no new stories in this collection, just time-worn, in some cases award-winning, shorts. The most recent title is Jackson & Nick from the Storming Love: Wild Fire Series in 2015.

These stories range from military men to computer nerd, tackling DADT to private fantasies, a kidnapping and an attempt to survive a natural disaster. It also includes two short stories that are part of the worlds in my existing series, the Rough Series and Mexican Heat Series. Rough Ride is a brief holiday piece and South of the Border is scene that was originally part of the first draft of the novel Mexican Heat was deleted before publication.

Jackson & Nick - Fireman Jackson Kain and ER physician Dr. Nick Kirby would both like nothing better than to leave behind their high-pressure NY City lives for a just a few days in the peaceful wilds of Northern Ca. Two ordinary men exploring their growing relationship in glorious, undisturbed beauty of nature. Before this trip is over, both men will need all their specialized abilities and training to survive their romantic interlude turned WILD FIRE.

Designated Target - A soldier returns to his fallen commander's hometown to tell his brother the truth about what happened in the field looking for forgiveness and finds love instead.

Burn Card - A cop struggles to save himself before his lover kills his kidnapper.

Rough Ride - James Justin's family distanced themselves from him when they learned he was gay. Since then, he's buried himself in his career so 'friends' are really just acquaintances. This holiday season would have been just another lonely time of the year. Except his new lover, Bram Lord, has no intention of letting that happen.

South of the Border - This short story, first published in 2007, was the inspiration for the CRIMES & COCKTAILS Series. Portions of the story as you read here don't fit the eventual storyline that evolved, but it's still a hot tale of wet fun.
Visa hela texten