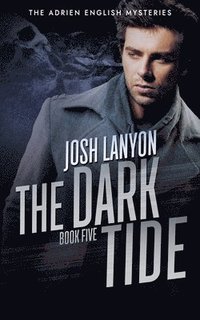 When a half-century old skeleton is discovered beneath the floorboards during the renovation of Cloak and Dagger Bookstore, Adrien turns to hot and handsome ex-lover Jake Riordan -- now out-of-the closet and working as a private detective.

Jake is only too happy to have reason to stay in close contact with Adrien, but there are more surprises in Adrien's past than either one of them expects -- and one of them may prove hazardous to Jake's own heart.
Visa hela texten

Author of over sixty titles of classic Male/Male fiction featuring twisty mystery, kickass adventure, and unapologetic man-on-man Romance, JOSH LANYON'S work has been translated into eleven languages. Her FBI thriller Fair Game was the first Male/Male title to be published by Harlequin Mondadori, then the largest Romance publisher in Italy. Stranger on the Shore (Harper Collins Italia) was the first M/M title to be published in print. In 2016, Fatal Shadows placed #5 in Japan's annual Boy Love novel list (the first and only title by a foreign author to place on the list). The Adrien English series was awarded the All Time Favorite Couple by the Goodreads M/M Romance Group.
Josh is an Eppie Award winner, a four-time Lambda Literary Award finalist (twice for Gay Mystery), an Edgar nominee, and the first ever recipient of the Goodreads All Time Favorite M/M Author award.

Josh is married and lives in Southern California.