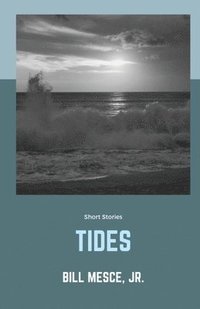 Brad was dead and I was going to get his office.

Jim, my boss, showed up at my door and said, ?We should go have a look.?

We walked across the floor to my new department. That?s what this was about; I?d been promoted to manager, but I?d had to manage from the other side of the floor because there was no room for me where the department sat. But now Brad was dead. Actually, he?d been dead a while, but none of us knew what was ?proper? about when to get this taken care of. We hadn?t had to deal with this before.

the voices telling the stories in Tides, whether first person or third, offer immediate insights into the characters, their worlds, and their dilemmas. Bill Mesce, Jr. is a master of economy, conveying complexities through prose style alone without the need to explain in detail. From the opening sentences, his characters and their tensions are evoked with impressive verbal concision.

not one syllable too many, not one syllable too few, simply what precision and story demand—mesce’s is a muscular prose that flows so naturally i forgot i was reading. he blends story, style, and substance flawlessly, conjuring a surprising nexus of both passion and power. remember keats’ negative capability? Well, he’s got that too. He makes his reader work, makes her live with the questions a story raises rather than handing her an easy answer. And on top of all that, he’s got the balls of a brass monkey, as my mother used to say. Kind of cheeky. Fresh and marvelous.

Renee Ashley, author of Minglements: Prose on Poetry and Life

from the first to the last page, bill mesce, jr.’s Tides is compelling, polished and highly readable. The characters are genuine – real people doing real things:  a young white guy whose mother is dating a black man; cops in a squad car out on a dog call and the dogs are starving and fierce; a businessman who inherits a dead man’s office; a journalist interviewing a young army lieutenant who shot a pregnant woman; an apostate ghost-writing a paranormal book for the wealthy parents of a young suicide…. Tides is a brilliant collection of short fiction and personal essays, but the essays are stories as well, with living characters and natural dialogue and fascinating story-lines, even the very short ones. Author of many books, stories and articles, Mesce is a master of economy, but when he tells a full-length story, he is just as economic and masterful. Tides is a terrific, meaningful read. You will regret that it’s over; you want to keep on reading.