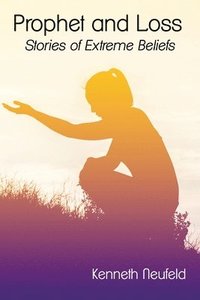 av K Gordon Neufeld
Häftad Engelska, 2018-05-16
199
Köp
Spara som favorit
Skickas inom 10-15 vardagar.
Gratis frakt inom Sverige över 159 kr för privatpersoner.
A young woman follows her husband and guru on a wearying trek through the wilderness. A dedicated follower of the Reverend Sun Myung Moon recounts a long, and ultimately heartbreaking, day selling candy and flowers for his Master. A young acolyte of Opus Dei has a key realization as she seeks to recruit her best friend to the faith. A teenage girl who learns that she is about to be married to a much older man in a polygamous sect makes a desperate bid for freedom. A small boy describes his family?s transformation by his father?s conversion to a fundamentalist church. These, and other stories in this startling collection, bring to life the painful dilemmas and heart-rending sacrifices of those who adopt extreme beliefs, and of those who know and love them. Many of these stories have previously appeared in literary journals and similar publications.
Visa hela texten

K. Gordon Neufeld is the author of "Heartbreak and Rage: Ten Years Under Sun Myung Moon, A Cult Survivor's Memoir" (2002), as well as "Cult Fiction: One Writer's Creative Journey Through an Extreme Religion" (2014), both previously released by Virtualbookworm.com. He is the author of many newspaper articles, short stories and opinion pieces about cults that have appeared in publications such as the Vancouver Sun, First Things magazine, and The Windsor Review. He is a graduate of The Humber College Correspondence School for Writers in Toronto, and holds a Master's degree in Creative Writing from the University of British Columbia. Recently, he launched a "Fifteenth Anniversary Edition" of his memoir as a series of four books on Amazon Kindle. He is currently working on a follow-up story collection to "Prophet and Loss," which is tentatively titled "The Distance Between the Planets and Other Stories." Mr. Neufeld resides with his family in upstate New York.