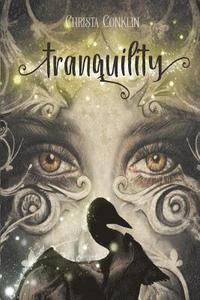 av Christa Conklin
Häftad Engelska, 2019-03-20
219
Köp
Spara som favorit
Kan tyvärr inte levereras innan julafton.
Finns även som
Visa alla 1 format & utgåvor
She must prove there?s more to life than peace and more to death than dying.The One People find guidance to peace and unity in the pages of TRANQUILITY. Drethene views the methods prescribed in the book as hurtful attempts to escape their diverse ancestry. Such pain is personal, as her parents aim to conceal how different she looks from the rest of their people.

Even her job keeps Drethene quiet and secluded. While working in the Academy library, she secretly reads histories used only to teach future leaders to loathe the past. Drethene is inspired by these books filled with cultural variety. When she discovers another world as part of her people's heritage, a well-established enemy is revealed, and she rises to meet the truth and save both worlds.

Now Drethene must convince the One People that their lives are not as tranquil as they seem. They are being hunted and must reunite with a sister-world that has been erased from their past. If they choose to remain in the comfort of their rewritten history and false sense of peace, they will be dragged into the maelstrom they have forgotten to fear.
Visa hela texten

Christa Conklin is the author of several articles, and two short stories: "Moontail" and "Kat, the Jailer, and Jack." Tranquility is her debut novel for which she received the 2016 Cascade Award for Unpublished Speculative Fiction. Fantasy is her favorite genre to read and write. She spent her childhood wrinkling time in Narnia, Prydain, and Middle Earth. Adulthood found her old enough to read fairy tales again and to create new worlds to better understand ours.
When she's not fashioning creatures and developing nations, Christa teaches piano and woodwinds at a music school in her small New Jersey town. She and her family hike mountains, paddle lakes, stroll city streets, and pick their own everything at local farms and from their own gardens. Prior to parenthood, she studied in France, earned a couple of degrees, worked in Manhattan for the New York Philharmonic, in Princeton for Young Audiences New Jersey, and once took first place in a women's solo kayak river race.
She loves to travel and returns often to the Adirondack Mountains from which she drew inspiration for the creation of Tranquility. She and her meteorologist husband homeschool their children, creating a happy environment for their miniature Goldendoodle, who spends his days sleeping on laps created by learning and writing. Visit her at christaconklin. com.