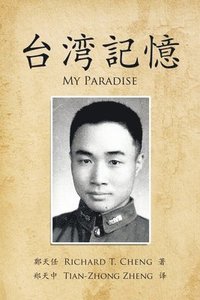 Richard?s family escaped from China because of the war that brought death to many of their family members and came to settle in Taiwan. He loved the peace and the beauty of the place. In Taiwan, his ?Paradise,? he lived and dreamed.

Richard was particularly intelligent. His was interested with science and technology and electronics and was fond of his Physics teacher Mr. Xu. Mr. Xu didn?t carry books but was always prepared and confident and very patient with his students.

Richard?s interest in the United States started with the technology the US gave to Taiwan. He saw that through technical products, people are in close contact with people living in the other half of the world. He became curious about how technology is being made in the US and what kind of work environment do they have. He wished he could go there and meet the people who work with technology. Even though Richard?s enthusiasm decreased with an incident about an American soldier who killed Taiwanese people, he still wanted to further his study in the US.

Richard met the love of his life in Taiwan while he was serving the military. They got married and had children.

Will his dream of pursuing his higher studies in the US come true?
Visa hela texten

Richard Cheng was born in Nanjing in June 1934. He graduated from Taiwan Normal University in 1958 with a bachelor's degree in education. He graduated from the University of Wisconsin in 1963 with a master's degree in electrical science. In 1969, he obtained a master's degree in electrical engineering from the University of Illinois, USA. In 1971, he obtained a computer degree from the University of Illinois. A Doctor of Science; Professor of the Rochester Institute of Technology; founder of the Institute of Computer Science from 1973 to 1979; founder and outstanding (star) professor of the Department of Computer Science at the University of Lauderdale from 1979 to 1985; and Chairman and CEO of the Eastern Computer Systems and Engineering Company from 1985 to 2006 . During 1981-1995, he was the Senior Advisor to the National Computer Network of Saudi Arabia and Founder and Senior Advisor of the Computer Science Institute of the University of Saudi Arabia. In 1987, he was the founder and president of the Virginia branch of the Chinese American organization; the member of the American Chinese Elite 100-member Association since 1994; the founder of the Chinese American Foundation in 2012; and a member of the 1991 US Presidential Business Delegation to China.