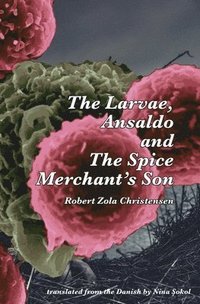 The Larvae, Ansaldo and The Spice Merchant's Son

av Robert Zola Christensen
Häftad Engelska, 2021-01-01
199
Köp
Spara som favorit
Just like in Paris, there are men in Calais who deal in human trafficking. They frequent the bars at the harbor to see if there are any newcomers. I was sitting together with my two travel companions, the spice merchant's son and the man from Rouen. We were in the middle of eating a meal which consisted of meat and cabbage when an elderly sailor entered. He sat down at the end of the table and started interrogating us. He wanted to know where we came from and how tall we were.

the recent coronavirus pandemic gives robert zola christensen's novel, the larvae, ansaldo and the spice merchant's son, published in 2016, frighteningly new relevance: the world is no longer what we thought it was. physical reality as we know it and feel it has been distorted out of proportion, as the mine owner says. or in the words of the protagonist, jean-baptiste: the world i thought i had known had truly cracked and broken into pieces. first cracked and then broken into pieces.

the novel takes place in the year 1749, a time in which the ideas of the enlightenment flourished, namely the indomitable belief that reality could be grasped and categorized rationally and scientifically and that it was precisely that rational and scientific approach which would bring humanity greater joy and liberation. liberation from the supernatural and religious worldview of previous times that restricted the individual within its oppressive power structure.

the larvae, ansaldo and the spice merchant's son is a pastiche of the travelogues of the enlightenment and robert zola christensen has managed to capture it through his use of language that is both true to the phraseology of the 18th century and at the same time flows and is accessible to modern readers.

throughout the entire novel there is an undertone of sinister horror as well as sheer awe combined with an unassuming, dry, matter-of-fact sense of humor.

-from karen fastrup's introduction to the danish version