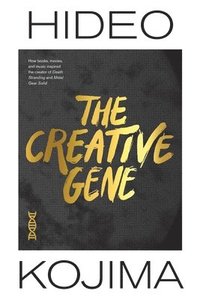 How books, movies, and music inspired the creator of Death Stranding and Metal Gear Solid

Born in Tokyo in 1963, Hideo Kojima is a world-renowned video game creator, and a well-known movie and novel aficionado. He made his directorial debut in 1987 with Metal Gear, which became a series and provided the foundation for the stealth game genre. In 2001, he was selected as one of the ten most influential people in Newsweek magazine's special feature "Who's Next." At the end of 2015, Kojima established Kojima Productions, his own independent studio. He has received international recognition, entering the Hall of Fame at the 2016 DICE Awards and receiving the Industry Icon Award at The Game Awards in 2016. In 2019, Kojima released his long-awaited new game Death Stranding. Nathan A Collins studied Japanese at the University of Iowa and the Yamasa Institute in Okazaki and has been a translator of novels, manga, and video games for more than a decade. His credits include Battle Royale, Metal Gear Solid: Guns of the Patriots, and JoJo's Bizarre Adventure, as well as entries in the Tales of and Rune Factory series. He's a gamer dad who bought his PlayStation to play Metal Gear Solid and says: keep on keeping on.