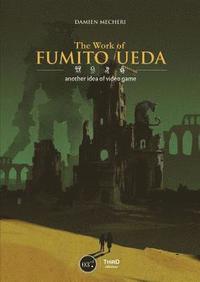 The Work Of Fumito Ueda

A Different Perspective on Video Games

av Damien Mecheri, Mehdi El Kanafi, Mehdi El Kanafi
Inbunden Engelska, 2018-10-01
260
Köp
Spara som favorit
Skickas inom 10-15 vardagar.
Fri frakt inom Sverige för privatpersoner.
Kan tyvärr inte längre levereras innan jul.
Is video game an art form? This topic has stirred debate since many years. Amongst the games regularly mentioned when the debate is up, those made by the creator Fumito Ueda-ICO, Shadow of the Colossus and The Last Guardian are probably the most iconic. These three games share the same aesthetic, the same design philosophy, and the same universe. These games are evocative, they tell us a lot about the man behind them and his fixed idea to create something new and detached from any trend, and to propose another perspective on video game. The Work of Fumito Ueda: Another perspective on video game is an unprecedented essay which deals with all these subjects and dive into the singular development process of each game. The book also offers an in-depth analysis of the games, their music, their game design, and proposes an unique reflexion about art.
Visa hela texten

Passionate about films and video games, Damien Mecheri joined the writing team of Gameplay RPG in 2004 and wrote several articles for the second special edition on the Final Fantasy saga. With this same team, Damien continued his work in 2006 for another publication known as Background, before moving his career to the Internet in 2008, with Gameweb.fr. Since 2011, in addition to working as a radio journalist, he has written articles on music for a number of books.