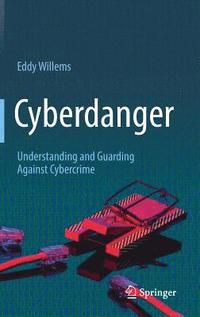 Understanding and Guarding Against Cybercrime

av Eddy Willems
Inbunden Engelska, 2019-05-21
269
Köp
Spara som favorit
Skickas inom 5-8 vardagar.
Fri frakt inom Sverige för privatpersoner.
Finns även som
Visa alla 1 format & utgåvor
This book describes the key cybercrime threats facing individuals, businesses, and organizations in our online world. The author first explains malware and its origins; he describes the extensive underground economy and the various attacks that cybercriminals have developed, including malware, spam, and hacking; he offers constructive advice on countermeasures for individuals and organizations; and he discusses the related topics of cyberespionage, cyberwarfare, hacktivism, and anti-malware organizations, and appropriate roles for the state and the media. The author has worked in the security industry for decades, and he brings a wealth of experience and expertise. In particular he offers insights about the human factor, the people involved on both sides and their styles and motivations. He writes in an accessible, often humorous way about real-world cases in industry, and his collaborations with police and government agencies worldwide, and the text features interviews with leading industry experts. The book is important reading for all professionals engaged with securing information, people, and enterprises. It's also a valuable introduction for the general reader who wants to learn about cybersecurity.
Visa hela texten

Malware expert Eddy Willems has been engaged with the most important organizations in IT security for over 30 years. In his role as Global Security Officer and Security Evangelist at G DATA Software AG he mediates between the "geeks" in the security labs and everyday computer users. He advises companies, gives presentations and seminars all over the world, and is in constant demand as a speaker at international conferences. After studying computer science in Belgium (IHB and VUB), Willems began his career in 1984 as a systems analyst. He first engaged with computer viruses in 1989, and in 1991 he was a founding member of EICAR, one of the first European IT security organizations. Over the last 30 years he has been actively engaged as a member or as a consultant with various CERTs and police forces, WildList Organization International, and commercial companies such as NOXS and Kaspersky Lab. He is a Board member of AMTSO (the Anti-Malware Testing Standards Organization), EICAR (European Institute for Computer Antivirus Research), and LSEC (Leaders in Security). News media around the world regularly publish his commentary and security advice.