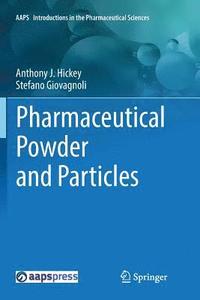 Anthony Hickey, Ph.D., is a Distinguished RTI Fellow (appointed June 2012), and a senior research pharmacologist at RTI International. Dr. Hickey has more than 30 years of academic and research experience in pulmonary biology, aerosol physics, powder dynamics, pharmacokinetics and drug disposition, formulation design, and device development. Since joining RTI in 2011, he has conducted research related to pulmonary drug and vaccine delivery for tuberculosis treatment and prevention and directed a program in nanotechnology informatics. Additionally, Dr. Hickey is an adjunct professor of biomedical engineering at the University of North Carolina at Chapel Hill School of Medicine, emeritus professor of molecular pharmaceutics at the University of North Carolina at Chapel Hill, Eshelman School of Pharmacy, and founder of Cirrus Pharmaceuticals, Inc., Oriel Therapeutics, Inc. and Astartein LLC. He has received many awards and honors and is an active member of several professional societies and committees, including the American Association for Aerosol Research, American Chemical Society, International Association of Colloid and Interface Scientists, International Society for Aerosols in Medicine, and the Society of Toxicology. He is a fellow of the American Association of Pharmaceutical Scientists, the American Association for the Advancement of Science, the Royal Society of Biology and Royal Society of Medicine. Dr. Hickey holds 25 patents and has authored numerous books, book chapters, and more than 200 journal articles. Stefano Giovagnoli graduated in chemistry in 1997 at the University of Perugia. After being R&D researcher at the GlaxoSmithKlein, Ware, England, he completed his Ph.D. studies on micro- and nanoparticulate systems for the delivery of antioxidants and proteins at the University of Perugia, spending part of his doctoral work at the University of Kentucky, Lexington, Kentucky, in the laboratories of Professor Patrick P. DeLuca. In 2004, this work was chosen as a recipient of the 2004 AAPS Outstanding Graduate Student Research Award in Pharmaceutical Technologies by Solvay Pharmaceuticals and the American Association of Pharmaceutical Scientists (AAPS). As a postdoc he worked at the School of Pharmacy, University of Kentucky, Lexington, Kentucky and as a researcher at the Department of Chemistry and Technology of drugs, University of Perugia, Italy. He is currently Associate Professor of Pharmaceutical technology and Biotechnology at the Department of Pharmaceutical Sciences, University of Perugia. His research focuses primarily on the formulation and characterization of respirable powders for the treatment of pulmonary infections, organic and inorganic nanoparticles for targeted and local delivery and the engineering of cells as drug delivery systems and therapeutic tools. It serves as a referee for several international scientific journals and as a Board Editor of the Journal of Pharmaceutical Innovation, Review Editor of Frontiers in Pharmacology, Board of the Journal of Medicinal Chemistry and Research. He is member of the American Association of Pharmaceutical Scientists (AAPS), Italian Chemical Society (SCI), AAPS Italian University Network (AItUN), the Association of Italian Faculties of Pharmaceutical Technology and Regulation (ADRITELF) and the Italian CRS chapter. He has about 100 presentations at international congresses and conferences, more than 72 publications, 2 book chapters and 3 patents.