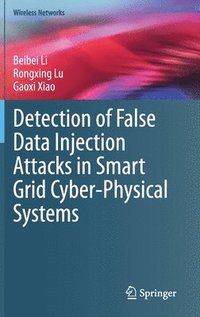 Beibei Li is currently an associate professor at the College of Cybersecurity, Sichuan University, P.R. China. He received his B.E. degree (awarded Outstanding Graduate) in communication engineering from Beijing University of Posts and Telecommunications, P.R. China, in 2014 and his Ph.D. degree (awarded Full Research Scholarship) from the School of Electrical and Electronic Engineering, Nanyang Technological University, Singapore, in 2019. He was invited as a visiting researcher at the Faculty of Computer Science, University of New Brunswick, Canada, from March to August 2018 and also the research group of NEtworked Sensing and Control (NESC), College of Control Science and Engineering, Zhejiang University, P.R. China, from February to April 2019. His research interests span several areas in security and privacy issues on cyber-physical systems (e.g., smart grids, industrial control systems, intelligent transportation systems, etc.), with a focus on intrusion detection techniques, artificial intelligence, and applied cryptography. He is serving or has served as a Publication Co-Chair or a TPC member for several international conferences, including IEEE ICC, IEEE GLOBECOM, IEEE ICNC, PST, WCSP, and ML4CS, etc. His works have been published in IEEE Transactions on Information Forensics and Security, IEEE Transactions on Industrial Informatics, ACM Transactions on Cyber-Physical Systems, IEEE Internet of Things Journal, IFAC Automatica, Information Sciences, IEEE ICC, and IEEE GLOBECOM, etc. Rongxing Lu is currently an associate professor at the Faculty of Computer Science (FCS), University of New Brunswick (UNB), Canada, where he joined as an assistant professor in August 2016. Before that, he worked as an assistant professor at the School of Electrical and Electronic Engineering, Nanyang Technological University (NTU), Singapore from April 2013 to August 2016. Rongxing Lu worked as a Postdoctoral Fellow at the University of Waterloo from May 2012 to April 2013. He was awarded the most prestigious "Governor General's Gold Medal", when he received his PhD degree from the Department of Electrical \& Computer Engineering, University of Waterloo, Canada, in 2012; and won the 8th IEEE Communications Society (ComSoc) Asia Pacific (AP) Outstanding Young Researcher Award, in 2013. He is presently a senior member of IEEE Communications Society. His research interests include applied cryptography, privacy enhancing technologies, and IoT-Big Data security and privacy. He has published extensively in his areas of expertise, and was the recipient of 9 best (student) paper awards from some reputable journals and conferences. Currently, Dr. Lu serves as the Vice-Chair (Conferences) of IEEE ComSoc CIS-TC (Communications and Information Security Technical Committee). Dr. Lu is the Winner of 2016-17 Excellence in Teaching Award, FCS, UNB. Gaoxi Xiao received the B.S. and M.S. degrees in applied mathematics from Xidian University, Xi'an, China, in 1991 and 1994 respectively. He was an Assistant Lecturer in Xidian University in 1994-1995. In 1998, he received the Ph.D. degree in computing from the Hong Kong Polytechnic University. He was a Postdoctoral Research Fellow in Polytechnic University, Brooklyn, New York in 1999; and a Visiting Scientist in the University of Texas at Dallas in 1999-2001. He joined the School of Electrical and Electronic Engineering, Nanyang Technological University, Singapore, in 2001, where he is now an Associate Professor. His research interests include complex systems and complex networks, communication networks, smart grids, and system resilience and risk management. Dr. Xiao serves/served as an Editor or Guest Editor for IEEE Transactions on Network Science and Engineering, PLOS ONE and Advances in Complex Systems etc., and a TPC member for numerous conferences including IEEE ICC and IEEE GLOBECOM etc. He is presently a senior member of IEEE Communications Society.