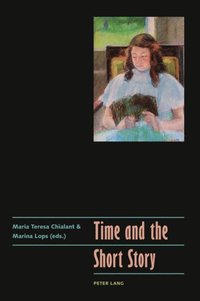 Time and the Short Story (e-bok)

av Chialant Maria Teresa Chialant, Lops Marina Lops
E-bok (PDF - DRM), Engelska, 2012-05-03
659
Ladda ned
Spara som favorit
Laddas ned direkt
Läs i vår app för iPhone, iPad och Android
Finns även som
Visa alla 1 format & utgåvor
The short story as an autonomous genre has called the attention of both writers and literary critics with theoretical concerns over the last two centuries. It is a form of writing that has met the favour of readers and publishers alike: because of its very brevity, it can be consumed in a short time, and so come up to a reader's need of either escapist or serious literature; it can be practiced, like the novel, according to different narrative modalities: from popular genres, which satisfy the demands of the literary market, to experimental writing. Finally, as a self-contained form, it works well at a didactic level; in British and American universities, for instance, short stories are generally studied in Creative Writing courses. The essays included in the present volume deal with short stories belonging to various literatures in English (and not only), and focus on time, which is looked at from different angles: as the theme, or motif, of a text; as a narrative structure which can be approached in narratological terms, with neat distinctions between the time of story and the time of discourse, between writing time and reading time; as history, merging into memory and myth.
Visa hela texten