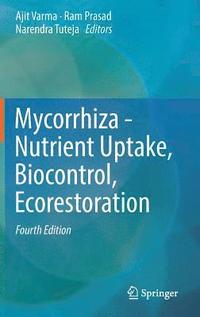 av Ajit Varma, Ram Prasad, Narendra Tuteja
Inbunden Engelska, 2018-01-25
2549
Köp
Spara som favorit
Finns även som
Visa alla 2 format & utgåvor
This is the fourth updated and revised edition of a well-received book that emphasises on fungal diversity, plant productivity and sustainability. It contains new chapters written by leading experts in the field. This book is an up-to-date overview of current progress in mycorrhiza and association with plant productivity and environmental sustainability. The result is a must hands-on guide, ideally suited for agri-biotechnology, soil biology, fungal biology including mycorrrhiza and stress management, academia and researchers. The topic of this book is particularly relevant to researchers involved in mycorrhiza, especially to food security, plant microbe interaction and environmental protection. Mycorrhizas are symbioses between fungi and the roots of higher plants. As more than 90% of all known species of plants have the potential to form mycorrhizal associations, the productivity and species composition and the diversity of natural ecosystems are frequently dependent upon the presence and activity of mycorrhizas. The biotechnological application of mycorrhizas is expected to promote the production of food while maintaining ecologically and economically sustainable production systems.
Visa hela texten