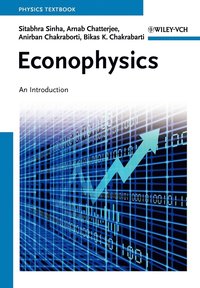 Sitabhra Sinha is professor of theoretical physics at the Institute of Mathematical Sciences (IMSc), Chennai, India. He received his doctorate from the Indian Statistical Institute, Kolkata, for research on nonlinear dynamics of neural network models in 1998. Following postdoctoral positions at the Indian Institute of Science, Bangalore, and Cornell University, New York City, he joined IMSc in 2002. His research interests include complex networks, nonlinear dynamics of biological pattern formation, theoretical/computational biophysics, and the application of statistical physics for analyzing socio-economic phenomena. He was an International Fellow of the Santa Fe Institute (2000-2002). Arnab Chatterjee is a postdoctoral researcher at the Centre de Physique Theorique at Marseille. He was formerly working as a postdoc at The Abdus Salam International Centre for Theoretical Physics at Trieste, Italy. After working at Saha Institute of Nuclear Physics, Kolkata, India, he was awarded his Ph.D from Jadavpur University. He worked on dynamic transitions in Ising models, and also on the application of statistical physics to varied interdisciplinary fields such as complex networks and econophysics. Dr. Chatterjee has studied structural properties of the transport networks and has developed the kinetic models of markets. In recent years he has worked on percolation models and even on problems related to stock market crashes, resource utilization, queuing, dynamical networks and models of social opinion dynamics. Anirban Chakraborti has been an assistant professor at the Quantitative Finance Group, Ecole Centrale Paris, France, since 2009. He received his doctorate in physics from Jadavpur University in 2003. Following postdoctoral positions at the Helsinki University of Technology, Brookhaven National Laboratory, and Saha Institute of Nuclear Physics, he joined the Banaras Hindu University as a lecturer in theoretical physics in 2005. Statistical physics of the traveling salesman problem, models of trading markets, stock market correlations, adaptive minority games and quantum entanglement are his major research interests. He is a recipient of the Young Scientist Medal of the Indian National Science Academy (2009). Bikas K. Chakrabarti is a senior professor of theoretical condensed matter physics at the Saha Institute of Nuclear Physics (SINP), Kolkata, and visiting professor of economics at the Indian Statistical Institute, Kolkata, India. He received his doctorate in physics from Calcutta University in 1979. Following postdoctoral positions at Oxford University and Cologne University, he joined SINP in 1983. His main research interests include physics of fracture, quantum glasses, etc., and the interdisciplinary sciences of optimisation, brain modelling, and econophysics. He has written several books and reviews on these topics. Professor Chakrabarti is a recipient of the S. S. Bhatnagar Award (1997), a Fellow of the Indian Academy of Sciences (Bangalore) and of the Indian National Science Academy (New Delhi). He has also received the Outstanding Referee Award of the American Physical Society (2010).