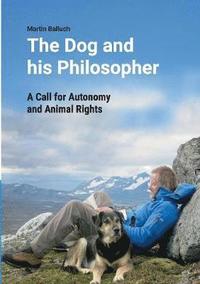 The Dog and his Philosopher

A Call for Autonomy and Animal Rights

av Martin Balluch
Häftad Engelska, 2017-10-16
223
Köp
Spara som favorit
The dog "Kuksi" lives together with his human friend Martin Balluch on an equal footing. Especially on their long excursions into the wild, they can only survive if they communicate, cooperate and help each other. Indeed, Kuksi turns out to be someone, not something, who is acting responsibly and with reason. These experiences, recounted at the beginning of the book, are supported by findings in behavioural science and ethology, detailed in the following chapters. It leads the author, a learnt philosopher, to conclude that his dog friend must be considered as a person with free will, over and above any genetic drive and operant conditioning. Usually, the ethics of animal welfare and even animal rights are supported by arguments based on the capacity to suffer. In his book "The Dog and His Philosopher", the author Martin Balluch uses a different approach. He observes that even if animals are considered capable of suffering, as in animal welfare laws, they are not considered as self-aware beings with their own view of the world, wanting to run their lives in their own way. In other words, beings with their own will to autonomy. Using his experiences with his dog friend Kuksi, he claims that dogs, and hence other sufficiently similar animals, must be seen as beings with reason in the sense of Immanuel Kant, a central philosopher of the enlightenment, on whose work the idea of fundamental human rights as a means to protecting human freedom is based. Reformulating Kant with an evolutionary understanding of reason, the author concludes that nonhuman animals are also capable of what Kant considers freedom and autonomy, and hence must be protected by rights too.
Visa hela texten