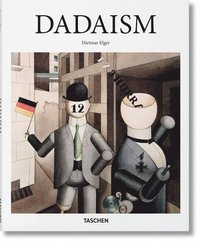 Emerging amid the brutality of World War I, the revolutionary Dada movement took disgust with the establishment as its starting point. From 1916 until the mid-1920s, artists in Zurich, Cologne, Hanover, Paris, and New York launched a radical assault on the politics, social values, and cultural conformity which they regarded as complicit in the devastating conflict. Dada artists shared no distinct style but rather a common wish to upturn societal structures as much as artistic standards and to replace logic and reason with the absurd, chaotic, and unpredictable. Their practice encompassed experimental theater, games, guttural sound-making, collage, photomontage, chance-based procedures, and the "readymade," most notoriously Marcel Duchamp's urinal, Fountain (1917). Throughout, the Dadaists considered the visual appearance of their work secondary to the ideas and critiques it expressed. In this sense, Dada may be seen as a fundamental precursor to conceptual art. With a selection of key works from some of the most famous proponents of Dada such as Tristan Tzara, Marcel Duchamp, Hannah Hoech, Kurt Schwitters, Francis Picabia, and Man Ray, this book introduces this urgent, subversive, and determined 20th-century movement and its lasting influence on modern art. About the series Born back in 1985, the Basic Art Series has evolved into the best-selling art book collection ever published. Each book in TASCHEN's Basic Art History series features: approximately 100 color illustrations with explanatory captions a detailed, illustrated introduction a selection of the most important works of the epoch, each presented on a two-page spread with a full-page image and accompanying interpretation, as well as a portrait and brief biography of the artist
Visa hela texten

Dietmar Elger studied art history, history, and literature at the University of Hamburg. In 1984/85, he was secretary of Gerhard Richter's studio and between 1989 and 2006 curator for painting and sculpture at the Sprengel Museum, Hanover. He has organized numerous exhibitions on modern and contemporary art and has directed the Gerhard Richter Archive at the Staatliche Kunstsammlungen Dresden since 2006. For TASCHEN he has authored the volumes Expressionism, Dadaism, and Abstract Art.