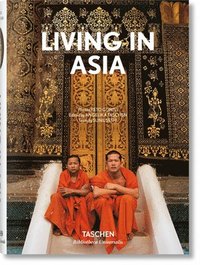 Sunil Sethi is a leading journalist, newspaper columnist, and television anchor based in India. His writings have appeared in a variety of publications around the world. Angelika Taschen studied art history and German literature in Heidelberg, gaining her doctorate in 1986. Working for TASCHEN from 1987, she has published numerous titles on art, architecture, photography, design, travel, and lifestyle. Swiss photographer Reto Guntli, based in Zurich, regularly travels the world shooting for international magazines. He has published numerous books and contributed to such TASCHEN publications as Inside Asia, Living in Japan, Living in Bali, Great Escapes Asia and Great Escapes Europe.