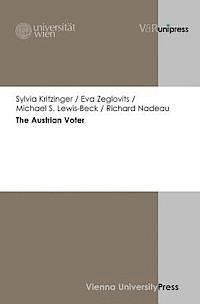 av Sylvia Kritzinger, Eva Zeglovits, Dr Michael S Lewis-Beck Professor, Associate Professor In The Department Of Political Science Richard Nadeau
Inbunden Engelska, 2013-08-14
439
Köp
Spara som favorit
Skickas inom 3-6 vardagar.
Fri frakt inom Sverige för privatpersoner.
This book is a comprehensive study of long and short term factors influencing Austrians' vote choices. In doing so, it makes use of new data sets collected within the newly established Austrian National Election Study (AUTNES).Thus, the book adds to existing literature in several aspects: First, unlike previous snap-shot analyses, it provides a longitudinal perspective as our analyses cover the period of 1986-2008, a time span that witnesses major changes in the Austrian party system, such as the decreasing importance of the two main parties, the rise of the Green party, the ups and downs of the radical right parties in Austria, most prominently the FPÖ, and new coalitions.Second, for the last Austrian election in 2008, vote choice is analysed more comprehensively than it has been done in the past, following the theoretical concept of the funnel of causality. Next to socio-demographic and socio-economic factors, the authors also examine the influence of socio-psychological variables as well as issue stances, which are of particular importance for the electoral success of the Greens and the Radical Right.
Visa hela texten