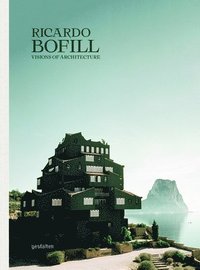 Ricardo Bofill is one of the 20th century's most unique architects and radical visionaries. With his Taller de Arquitectura he built spaces for everyday life with otherworldly aesthetics, that have been elevated to iconic status in countless films and images. His visions for urban and communal life challenged preconceived notions of shared space and proposed alternative styles of living. This monograph explores his revolutionary approach by profiling his greatest projects. Spectacular new photography, texts from experts and from Bofill himself are complemented by working drawings and floor plans. At a time when prevailing styles in architecture are becoming ever more homogenous, Bofill's fantastic creations satisfy a longing for originality, personality and progressive ideals.
Visa hela texten