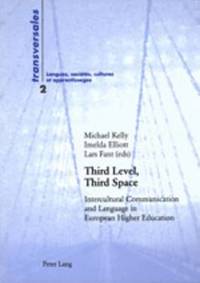 av Michael Kelly, Imelda Elliot, Lars Fant, Editors
Häftad Engelska, 2001-09-01
869
Köp
Spara som favorit
Skickas inom 3-6 vardagar.
Fri frakt inom Sverige för privatpersoner.
This book argues that intercultural communication generates a 'third space', between people, languages and cultures. It has a particularly important role to play in third level education. But those who teach about it need to be more aware of language, especially (but not only) in the context of Europe, which is characterised both by creative linguistic and cultural diversity and by obstacles to communication. The world is undergoing rapid and profound transformation. Internationalisation of the global economy, the communications revolution, and increased mobility have exponentially increased the scale of encounters between people and cultures. This has a far reaching transformative impact on the identities and values they carry. The chapters were first presented at colloquia of the Thematic Network in Languages at Antwerp and Boulogne in 1998 and 1999. They contain a wealth of reflection and good ideas, and identify a number of practical imperatives: ethical, political and institutional. The book presents a series of challenges, and invites the reader to consider how changes might be implemented in different contexts, so as to strengthen the ability of higher education to contribute to the successful development of a multi-cultural and multilingual Europe.
Visa hela texten