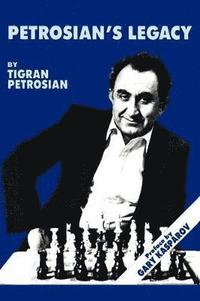 av Tigran Petrosian, E Petrosian
Häftad Engelska, 2012-08-03
239
Köp
Spara som favorit
Skickas inom 10-15 vardagar.
Fri frakt inom Sverige för privatpersoner.
Prior his untimely death in Moscow on 13 August 1984.at the age of only 55, Former World Chess Champion Tigran Vartanovich Petrosian had been going over his games and was preparing lectures and notes. He was giving lectures on TV and radio. He was planning to compile them all into a book. However, due to his premature death the book was never published.

His widow Rona E. Petrosian went to work with Edward Shektman recovering tapes and transcripts of these radio and TV broadcasts. With great difficulty, they were able to recover 14 of them. They are published here.

This book was originally published in Russian as or Tigran Vartanovich Petrosian Chess Lectures. The publisher was or Soviet Radio.

Every chess enthusiast should have this important work in his chess library.
Visa hela texten