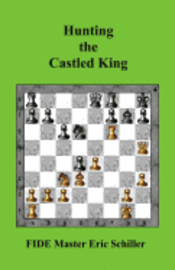 av Eric Schiller
Häftad Engelska, 2011-09-01
169
Köp
Spara som favorit
Skickas inom 10-15 vardagar.
Fri frakt inom Sverige för privatpersoner.
This book is a collection of attacks in chess against a castled king position. The author, a FIDE rated chess master and a professional chess coach and teacher, writes: "In the course of my many years of teaching at all levels from elementary school to graduate school. I have often found it useful to use source books containing materials around which I could build lessons.This book I have collected a large number of lessons dealing with the intermediate topic of how to attack a well defended king. These lessons can be used to teach students who already have some idea of how to attack a weak, uncastled King. It is much more difficult, of course, to attack a well defended King, and the best way to acquire the skill is to review examples of successful attacks by advanced players.When teaching the art of attack, I usually boil it down to just a single rule. Remove the defenders! This is easy enough. When a player has an overwhelming advantage in attacking force, but not so simple when there are many defenders, and not so many direct attackers. It is often necessary to bring in reinforcements from the other side of the board. And this must be done with great speed. Often this can be accomplished by sacrificing a small amount of material, just to enable the distant pieces to get to the other flank.In addition, the attack can be accelerated by sacrificing material to set up a pin. Then you can bring in additional forces to pile pressure on the pinned piece. You will see some spectacular examples of this tactic in many of the games."
Visa hela texten