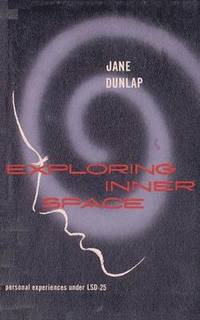 av Jane Dunlap, Adelle Davis, Robert S Davidson
Häftad Engelska, 2013-06-16
309
Köp
Spara som favorit
Skickas inom 10-15 vardagar.
Fri frakt inom Sverige för privatpersoner.
Jane Dunlap's book is an account of a series of experiments, conducted through the medium of LSD-25, then a recently discovered and extremely powerful hallucinogenic drug. The author of this book volunteered to be the subject of an early experiment employing lysergic acid diethylamide, or LSD-25. Her duty was to record in detail her visions while under the drug. She used the pseudonym Jane Dunlap for reasons that became obvious when her true identity was revealed.LSD-25 is simply the long form of the drug LSD. There is no difference between LSD and LSD-25.LSD has been used with apparent success by many famous people. Steve Jobs, CEO of Apple Inc., said, "Taking LSD was a profound experience, one of the most important things in my life."Nowadays, the Adelle Davis Foundation is a 501(c)3 not for profit. It proudly lists this book, Personal Experiences Under LSD-25, as one of the books by Adelle Davis.Adelle Davis is an incredibly famous and popular author whose name and whose books have reached the household word status. Her recommendations are followed by millions today. She is the leading spokesperson for the organic foods movement. She is known for popularizing the phrase "You Are What You Eat". When you see organic food stores all over and special organic foods shelves in supermarkets, think of Adelle Davis as the person who popularized all of this.
Visa hela texten