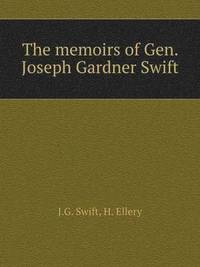 This book, "The memoirs of Gen. Joseph Gardner Swift", by J.G. Swift, H. Ellery, is a replication of a book originally published before 1890. It has been restored by human beings, page by page, so that you may enjoy it in a form as close to the original as possible.
Visa hela texten