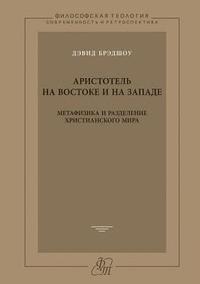 Aristotle in the East and the West. Metaphysics and the Division of the Christian World

av D Brjedshou
Häftad Ryska, 2018-01-24
399
Köp
Spara som favorit
Skickas inom 10-15 vardagar.
Fri frakt inom Sverige för privatpersoner.
Finns även som
Visa alla 1 format & utgåvor
Book a modern American Christian philosopher Devida Bredshou, dean of the Faculty of Philosophy, University of Kentucky, is the most comprehensive to date, historical and philosophical study of the philosophical concept of "energy" and related concepts in the context of thinking about the nature of God and the ratio in Him essence and activities. Starting with Aristotle's philosophy as a starting point, the author meticulously traces the evolution of this concept since the Hellenistic schools and ending later Neoplatonists. Main attention is paid to transformation and the "energy" of mastering the specifics of Christian theology IV-XIV centuries.
as in the West (Marius Victorinus, Augustine, Boethius, Foma Akvinsky) and the East (Cappadocians, Dionisiy Areopagit, Maksim Ispovednik, Gregory Palamas), associating with them one of the determining factors are not only the dogmatic differences, but also the historical division between the West and Eastern
Church. The book is addressed to both specialists and a wider audience.
Visa hela texten

Bloggat om Aristotle in the East and the West. Metap...