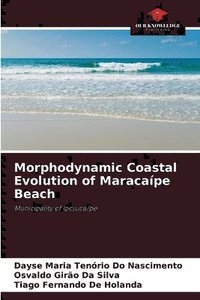 av Dayse Maria Tenorio Do Nascimento, Osvaldo Girao Da Silva, Tiago Fernando De Holanda
Häftad Engelska, 2021-08-31
568
Köp
Spara som favorit
The aim of the work was to characterize Maracape beach, located on the coast of the municipality of Ipojuca - Pernambuco, according to its morphodynamics. For the study of the coastal zone, a 3 km stretch was selected, having Jorge's bar as a reference point. The studied area has been the stage of real estate speculation for many years. However, recently, due to the rising sea level in the region, the waves are causing financial and natural damages, to the detriment of coastal erosive processes. With the purpose of understanding the dynamics present in Maracape's shore, the work had the purpose of identifying and evaluating the impacts resulting from the anthropic presence in this beach. The methodological procedures were based on analyses through satellite images of the Google Earth platform for the years 2006 and 2017, always considering the winter period, in addition to field visits, using qualitative observations, aiming to base an initial analysis of an ecodynamic character, in order to investigate the vulnerability sites through the perception of geo-indicators present in the beach environment.
Visa hela texten