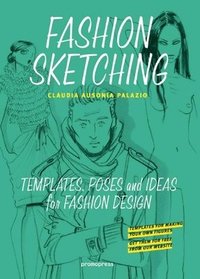 Claudia Ausonia Palazio lives and works in Milan, where she teaches art history, history of dress and textile technology. She is the author of numerous critical essays and articles published in art and fashion magazines such as Filoforme, Jacquard and Moodmagazine. She conducts seminars and gives conferences at the international level on textile techniques and history while simultaneously engaging in research projects in these areas. Some of her drawings have been published in such influential magazines as Vogue Italia.Mario Boselli was the Chairman of the Italian National Chamber of Fashion from 1999 until 2014. He started his career in 1959 at his father s silk company. During the 1970s he became very active in the textile industry, producing knitted fabrics and finished garments both in Italy and abroad. He was the president of the Italian Association of Manufacturers of the Textile Industry, the Independent International Trade Fair of Milano, Pitti Immagine, the International Silk Association (Lyon) and the Italian-Slovak Chamber of Commerce (Bratislava)."