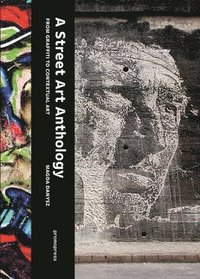 From Graffiti to Contextual Art

av Magda Danysz
Häftad Engelska, 2016-10-20
269
Köp
Spara som favorit
Skickas inom 5-8 vardagar.
Fri frakt inom Sverige för privatpersoner.
What is behind the tidal wave of street art that is sweeping through the cultural scene today? What are its artistic features, its codes, and its language? How has its production, which was originally exclusively centered in the urban space, invaded galleries, bringing with it real popularity for some artists? These are some of the questions that Magda Danysz, a gallery owner and recognized expert on street art, answers with an easily comprehensible and entertaining style in this unique, richly illustrated anthology, interspersed with the portraits of the big international names.
Visa hela texten

Famous gallerist Magda Danysz owns art galleries in Paris, Shanghai and London. Though her galleries focus on fine art in general she became a key expert on street art. Since 1991, Magda Danysz has been promoting from very early on major street artists including such as Seen, Futura, JonOne, Shepard Fairey, Space Invader JR and VHILS among many others. She has curated numerous street art public and private shows and projects around the world. As a writer she has published books ranging from artists' monographs to critical essays about the movement.