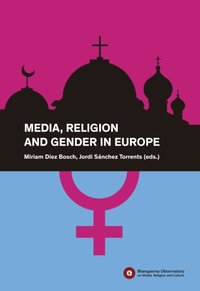 av Mia Lovheim, Caroline Wilson, Benedetta-Selene Zorzi, Johanna Sumiala, Irene Kamberidou
E-bok (EPUB - DRM), Engelska, 2017-11-20
69
Ladda ned
Spara som favorit
Laddas ned direkt
Läs i vår app för iPhone, iPad och Android
The gender question is more and more at the core of internal religious debates. It is not only about Femen demonstrations, feminist religious historical reviews or internal feminist demands within religious organizations. It is about how religions picture themselves in an evolving landscape where gender is not merely an appendix. Gender carries resonances of a broader and much more complex aspect: identity. It is not surprising that for some religious traditions, gender is not an easy question to tackle. Expressions like &quotegender ideology&quote or &quotegender deviance&quote are never far from certain current religious discourses. Gender is troubling precisely because it deals with identity; and identity has to do with power. In this book we aim to hear a range of voices that reflect the diverse and reflect the great plurality of cultural views on those aspects that lie at the crossroad between media, religion and gender.
Visa hela texten