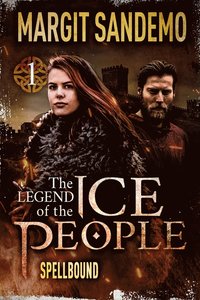 Volume 1 in Margit Sandemo?s breathtaking series about The Ice People

The Legend of the Ice People series has already captivated 39 million readers across Europe. In the year 1581, a girl at seventeen, Silje, experiences how the plague strikes her entire family. Famished and freezing, and with two orphaned children to take care of, she approaches the bonfires outside Trondheim to regain the warmth of her body.

Oddly enough, there is only one person offering to help Silje in this hour of need: Tengel, a man of the Ice People, whom Silje finds brutish and intimidating ? but also immensely charming.