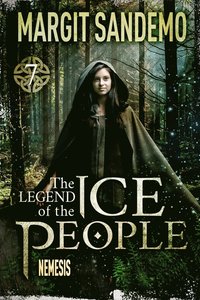 Volume 7 in Margit Sandemo?s breathtaking series about The Ice People

Cecilie Paladin resides in Copenhagen where she is in very close proximity to the political events of Denmark. Frederik III is now on the throne, having succeeded his father, Christian IV, who passed away in 1648. Cecilie is close with the late king?s daughter, Princess Leonora Christina, who would like Cecilie?s son, Tancred Paladin, to accompany the Princess and her consort, Corfitz Ulfeld, to the Netherlands, the thought of which neither Cecilie nor Alexander find especially attractive.

Instead, Cecilie and Alexander send their son to Jutland where he meets a very frightened but charming young girl under strange circumstances. The Paladin Family find themselves entangled in murder, attempted murder, and blackmail?