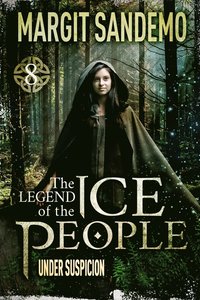 The Ice People 8 - Under Suspicion (e-bok)

Prova fritt i 14 dagar »
The Ice People 8: Under Suspicion

Volume 8 in Margit Sandemo?s breathtaking series about The Ice People

Hilde, the daughter of the executioner?s assistant, feels lonesome and isolated, as no one wants to have anything to do with either her or her father. At 27 years of age, she is still without a future. Who on Earth would want to marry her?

When the bodies of four murdered women are found near the miserable shed where Hilde lives with her father, rumors begin to circulate involving witchcraft and werewolves. Hilde?s father and one of the prominent men of the Ice People are under suspicion of having committed the crimes. Due to the case, Hilde finds herself welcomed into the warmth of the Ice People. Maybe she has a chance in life after all?