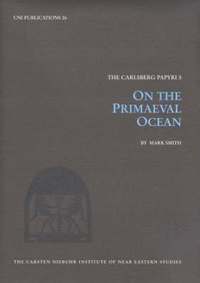 The Carlsberg papyri On the primaeval ocean

av Mark Smith
Ukendt Engelska, 1991-01-01
888
Köp
Spara som favorit
The book is an edition of an ancient Egyptian cosmology for which there is no known parallel. The cosmology was written in the demotic script and preserved in a manuscript dating to the 2nd Century A.D. Although once of considerable extent, this manuscript now survives only in fragments. These are scattered among three collections.
The Egyptian text gives an account of how the cosmos first came into being, explains how it developed, and describes the agencies through which it is maintained and continues to function up until the present day. It lays particular stress upon the role played by the watery mass called the Noun, or Primaeval Ocean, in each of these processes. The Ocean is the source from which the first life emerged, and all subsequent existence is played out on it and in interaction with it.
In this edition, each of the constituent fragments of the manuscript is transliterated, translated, and commented upon in detail. An introduction describes the process by which these fragments were identified, joined together where possible, and arranged in their present order. A chapter of summary gives an overview of the cosmological doctrines set forth in the manuscript and compares these with similar ideas preserved in earlier and contemporary sources, both Egyptian and Greek.There is also a full bibliography, a glossary, and photographic plates depicting the individual fragments of the text.
Visa hela texten