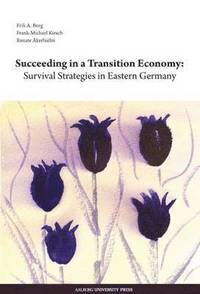 Succeeding in a Transition Economy

av Erik A Borg, Frank-Michael Kirsch, Renate Akerhielm
Häftad Engelska, 2010-03-24
389
Köp
Spara som favorit
Specialorder (osäker tillgång). Skickas inom 11-20 vardagar.
Gratis frakt inom Sverige över 159 kr för privatpersoner.
This is a book about survival. How do companies survive when the basic conditions for their existence change overnight? The question has a newly revived and essential actuality as a result of the recent world economic crisis. The fall of the Berlin Wall on 9 November 1989 and the launch of the German Economic, Monetary and Social Union on 1 July 1990 radically changed economic conditions for more than 8,000 previously state-, municipal- or party-owned companies in the former German Democratic Republic (GDR). Overnight, most East German manufacturing plants had been devalued, after having been able to survive for decades thanks to a protected market in the East -- which also collapsed, along with the East German domestic market. For East German companies, the monetary union meant "the introduction of a social market economy without a market", as Birgit Breuel, president of the worlds largest holding company, the Treuhand agency, described it. In a move without historical precedent and under considerable political pressure, Treuhand privatised 15,000 companies and liquidated 4,000 others in less than five years. Many of these 15,000 companies did not survive. But for several hundred medium-sized and small businesses the market economy provided a real upturn, and for about one hundred companies it opened doors to previously unimaginable opportunities. Today, several of these firms are brand or market leaders in Germany or even globally. How did these companies succeed? For an answer, we visited 15 of these companies in about ten industries and evaluated the strategies they used to survive or, more importantly, become dominant players. What did they do differently from the companies that failed?
Visa hela texten