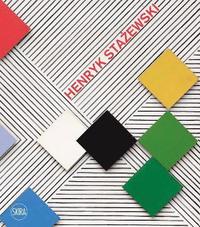 Henryk Stazewski (1894-1988), described by the appellations "classical modernity" and "apostle of the avant-garde", was the most important and consistent representative of the geometric abstraction stream in twentieth-century Polish art. A painter, designer of interiors, furniture, theatre sets, typography and book layouts, the author of art-related writings and the editor of numerous publications devoted to the avant-garde around the world, he was connected with some of the leading artistic groups both in Poland, namely, Blok (1924-1926), Praesens (1926-1930) and a.r. (1929-1939), and abroad, in other words, Cercle et Carré (1929-1930) and Abstraction-Création (1932-1939).

From the outset, he was not only an active participant in the Polish avant-garde movement, but also maintained close contact with the avant-garde milieu around the world. He forged friendships with artists like Piet Mondrian, Kazimierz Malewicz, Theo van Doesburg and Michel Seuphor.

Henryk Stazewski took part in all the more important exhibitions of Polish art both at home and abroad, as well as in a multitude of international exhibitions; he took part in the 33rd Venice Biennale, presenting some metal reliefs, for which he received an honourable mention for his contribution to the international Constructivist movement.
Visa hela texten