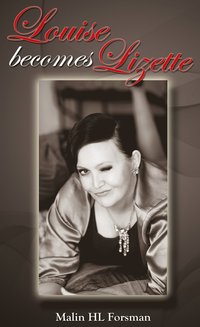 av Malin H L Forsman
(1 röst)  |  Läs 1 recension
Häftad Engelska, 2013-10-18
229
Köp
Spara som favorit
Skickas inom 2-5 vardagar.
Fri frakt inom Sverige för privatpersoner.
"Louise becomes Lizette" is a tale which breathes luxury and glamour, where we follow the character Louise who becomes part of the upper class in New York during the roaring 1920s and where she is "the toast of Manhattan". It is an inspirational story about the poor Swedish girl Louise from Sweden who, through emigrating to America, realizes her dream - the American dream that comes true. The story is filled with adventure, love, sex and friendship. Malin HL Forsman was born in Sweden back in April 1969. Her hometown was the historical and beautiful town Sigtuna. Malin's childhood was filled with theater and music. Malin has later studied several years at colleges and universities in the USA. In Seattle she was educated to be an actor 1997/98. Besides loving the occupation as an actor, Malin has always loved writing. Otherwise her favourite subjects were always history and political science. Malin has also lived in France and Canada. Throughout her whole life she have travelled a lot and even lived in Hawaii a year and visited Japan. Malin has also been to the United Kingdom several times as well. In 2007 she attended a Journalist school in Sweden; she has always had something happening in her life. In the fall of 2012 she attended Stella Adler in Los Angeles for some acting lessons. In February 2013 she played the role of the Swedish-German Queen Lovisa Ulrika in a film production. Malin's book Louise becomes Lizette came out in April 2013. In the fall of 2013 her third book will be available. Nowadays Malin lives with her man at Drottningholm outside Stockholm where the Swedish Royal Palace is in the neighborhood.
Visa hela texten