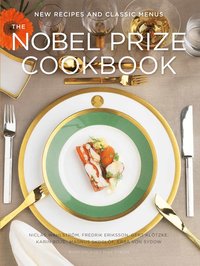 In addition to being one of Sweden"s most acclaimed chefs, Niclas Wahlström is also an outstanding recipe author. He runs Restaurang Säsong in Västerås. He has been in charge of two Nobel Banquets, in 2009 and 2010, and he assembled the dishes in this book.

Fredrik Eriksson was named Chef of the Year in Sweden in 1987, and has been a member of Sweden"s national culinary team for many years. He is a culinary advisor to the Nobel Foundation, and the owner and manager of Långbro värdshus in Älvsjö and Restaurang Asplund in Solna.

Gert Klötzke, the 1986 Chef of the Year in Sweden, has coached both the Swedish and Finnish national culinary teams. He has written or contributed to over 30 cookbooks. He is a professor of gastronomy at the School of Restaurant and Culinary Arts at Umeå University, and a culinary advisor to the Nobel Foundation.
Visa hela texten