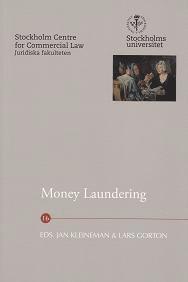 Stockholm Centre for Commercial Law arranged an international conference concerning money laundering on Dec. 3 and 4, 2010. Participants from different parts of society (administration, business community, courts and universities) and from Scandinavian countries as well as United Kingdom gathered to discuss various angles of related problems. Most of the speeches which were given at the conference are found in this volume. The texts have also been updated in most cases taken into consideration to some extent the development during 2011.

The aim of the conference was to try to identify the regulation related to money laundering and the changes which have taken place during the last decade and also to illustrate how the present rules which have international as well as European basis influence the activities of banks, lawyers, accountants and other professionals.
Visa hela texten