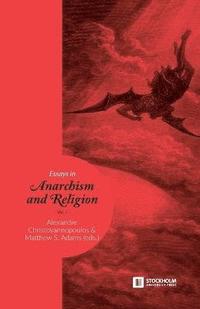 av Alexandre Christoyannopoulos
Häftad Engelska, 2017-04-24
169
Köp
Spara som favorit
Finns även som
Visa alla 2 format & utgåvor
Anarchism and religion have historically had an uneasy relationship. Indeed, representatives of both sides have regularly insisted on the fundamental incompatibility of anarchist and religious ideas and practices. Yet, ever since the emergence of anarchism as an intellectual and political movement, a considerable number of religious anarchists have insisted that their religious tradition necessarily implies an anarchist political stance. Their stories are finally gaining increasing public and scholarly attention.

Reflecting both a rise of interest in anarchist ideas and activism on the one hand, and the revival of religious ideas and movements in the political sphere on the other, this book examines a range of examples of overlaps and contestations between the two from a diverse range of academic perspectives.

The first pioneering volume of Essays in Anarchism & Religion comprises eight essays from leading international scholars on topics ranging from the anarchism of the historical Jesus to Zen Buddhism and the philosophies of Max Stirner and Pierre-Joseph Proudhon.

In a world where political ideas increasingly matter once more, and religion is an increasingly visible aspect of global political life, these essays offer scholarly analysis of overlooked activists, ideas and movements, and as such reveal the possibility of a powerful critique of contemporary global society.
Visa hela texten

Alexandre Christoyannopoulos is Senior Lecturer in Politics and International Relations at Loughborough University, which he joined in 2010. He is the author of Christian Anarchism: A
Political Commentary on the Gospel (Imprint Academic, 2010) as well as a number of articles, chapters and other publications on religious anarchism and on Leo Tolstoy, including Religious
Anarchism: New Perspectives (Cambridge Scholars Publishing, 2009). A full list of publications is available via http://orcid.org/0000-0001-5133-3268. He is currently writing a monograph on Tolstoy's political thought, and editing the next volumes of the present collection of essays on anarchism and religion. He also runs https://socratichive.wordpress.com/, and acts as Treasurer of the Anarchist Studies Network and moderator of the ASIRA mailing list on religious anarchism. Matthew S. Adams is Lecturer in Politics, History and Communication at Loughborough University. He is the author of Kropotkin, Read, and the Intellectual History of British Anarchism (Palgrave, 2015), and editor of Anarchism, 1914-1918 (Manchester University Press, 2017). He has also published, amongst others, in the journals History of Political Thought, Journal of Political Ideologies, Journal of the History of Ideas, History of European Ideas and Historical Research. He is currently working on the idea of the 'anarchist public intellectual' in the context of Cold War cultural politics, and editing The Palgrave Handbook of Anarchism with Carl Levy. A full list of publications is available via http://orcid.org/0000-0002-5440-4866.