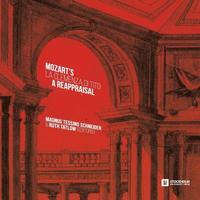 av Magnus Tessing Schneider
Häftad Engelska, 2018-05-03
195
Köp
Spara som favorit
In the two centuries since Mozart?s La clemenza di Tito was first performed, and the almost three centuries since Metastasio created the libretto, many rumours, myths and prejudiced opinions have gathered around the work, creating a narrative that Mozart, Mazzolà and their contemporaries would scarcely recognise.

The essays in this book contribute ideas, facts and images that will draw the twenty-first century reader closer to the events of Central Europe in the late eighteenth century, and these new facts and ideas will help peel off some of the transmitted accretions that may hinder a modern listener from enjoying and understanding the opera in all its fullness. In this sense the essays present the reappraisal promised in the title.

The book is a product of the Performing Premodernity research project, funded by the Swedish Foundation for Humanities and Social Sciences and based at the department of theatre studies of Stockholm University. Envisioned and edited by Magnus Tessing Schneider and Ruth Tatlow, the five essays by internationally renowned Mozart scholars are preceded by a chronology and a selection of original documents presented in new and revised parallel translations.
Visa hela texten

“[the monograph] supplies a wealth of information and thoughts about this opera, which has seldom been treated in such detail. it is a very welcome complement to john a. rice’s 1991 monograph and to emanuele senici’s 1997 dissertation on the reception of La clemenza di Tito.”

“the idea of starting the volume with a documented critical chronology of sources relating to the genesis and reception of the opera is brilliant.”

Magnus Tessing Schneider (b. 1975) is a Danish theatre and opera scholar. His PhD thesis concerned the original production of Don Giovanni (Aarhus University, 2009). From 2013 to 2017 he was a member of the interdisciplinary research group Performing Premodernity, funded by the Swedish Foundation for Humanities and Social Sciences and based at Stockholm University. In the spring of 2018 he was a research fellow of the Italian Academy for Advanced Studies in America at Columbia University. He specialises in the relation between dramaturgical criticism, aesthetic theory and vocal and scenic performance practice in Italian seventeenth- and eighteenth-century opera. He has published various articles on the operas of Cavalli, Monteverdi, Gluck, Mozart, Paisiello and Verdi, and has research interests in the librettos of Giovan Francesco Busenello and Ranieri Calzabigi, and in historical singers such as Anna Renzi (the original Ottavia/Drusilla in L'incoronazione di Poppea) and Luigi Bassi (the original Don Giovanni). Outside the field of opera, he has published on Shakespeare, and from 2010 to 2013 he was editor-in-chief of Nordic Theatre Studies. He has been active as a stage director in Copenhagen, and is a founding member of the Nordic Network for Early Opera. https://orcid.org/0000-0001-8903-7739 British-Swedish musicologist Ruth Tatlow is a widely published independent scholar and editor with a research base in Stockholm, Sweden, and a performance background as a prize-winning clarinettist (as Ruth Ballard). Her examination of compositional theory and practice in the works of J. S. Bach began with her doctoral thesis Lusus musicus vel poticus (King's College, London University, 1987) and produced ground-breaking results reflected in her publications that include two classic monographs, Bach and the Riddle of the Number Alphabet (Cambridge, 1991) and Bach's Numbers: Compositional Proportion and Significance (Cambridge, 2015), the latter awarded Choice 'Outstanding Academic Title 2016'. Her current research interests include tracing the origins and transmission of proportional parallelism 1650-1850, and the theory and practice of emblematic techniques in early eighteenth century music collections. She co-founded Bach Network in 2004 and its journal Understanding Bach in 2006. She currently serves as chair of the Bach Network Council and is a member of the Editorial Board of the American Bach Society. https://orcid.org/0000-0003-3367-9921