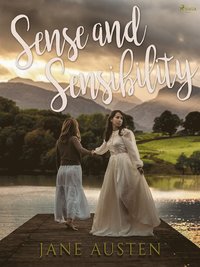 Prova fritt i 14 dagar »
Finns även som
Visa alla 11 format & utgåvor
Sense and Sensibility (1811) was Jane Austen's first published novel. When their father dies the Dashwood sisters and their mother find themselves destitute and soon, under the influence of his greedy wife Fanny, their half-brother John forces them out of their home in Sussex and the bereaved women have to move to a distant relative's cottage in Devonshire. The two oldest sisters Elinor and Marianne struggle with their newfound lower status, as they fall in love and face heartbreak. Elinor is responsible and restrained whilst Marianne is passionately romantic but both have to meet society's expectations of respectable young ladies despite their hardships. As Austen writes, 'Young women who have no economic or political power must attend to the serious business of contriving material security'. Like 'Pride and Prejudice' and 'Emma', 'Sense and Sensibility' features Austen's trademark witty writing and was, amongst other, turned into the award-winning eponymous 1995 movie, featuring Kate Winslet, Emma Thompson, Hugh Grant, and Alan Rickman.

Jane Austen (1775-1817) is one of the most beloved British writers of all time. During her short life she published six novels: 'Sense and Sensibility', 'Pride and Prejudice', 'Mansfield Park', 'Emma', 'Northanger Abbey' and 'Persuasion', that are all considered as literary classics today. Her writing is full of sharp observations on the society in which she evolved, as well as ripe with timeless irony, and a solid dose of humour. She has created immortal characters that have inspired countless authors, novels, and movies such as Bridget Jones and Clueless.
Visa hela texten