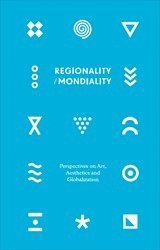 av Cecilia Sjöholm
Häftad Engelska, 2014-12-15
258
Köp
Spara som favorit
The title of this anthology, Regionality/Mondiality: Perspectives on Art, Aesthetics and Globalization, signals the regional dimension inherent in the globalization of the arts. Rejecting a comprehensive theory of globalization, the texts in this anthology instead circumscribe a situated understanding of the production and interpretation of the arts, which serves to condition cultural translatability. The texts of the anthology argue that cultural translatability should be considered through the concept of regionality, that is, the quality of being both territorially and relationally situated. Bypassing the abstract and politically charged category of "nationality," regionality addresses human relations in and through the more tangible physical environment in and by which they are configured. As seen in the work on archipelagic thinking by the Martinican writer and philosopher Édouard Glissant, both the cultural and physical aspects of one"s immediate environment are used to articulate a form of self-understanding in the face of cultural and economic expansion, the particular character of which is indicated by the term mondiality. This concept derives from the French word for "world" or "people," and thus affirms the fundamentally social and cultural character of experiences thought of as global. Each of the eleven contributions in this volume brings its own perspective on arts and aesthetics, producing world-views that still share a keen awareness of their partialness.