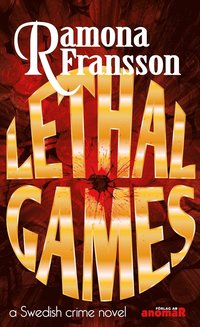 av Ramona Fransson
E-bok (EPUB), Engelska, 2016-02-02
55
Ladda ned
Spara som favorit
Laddas ned direkt
Läs i vår app för iPhone, iPad och Android
Arne Hildeng is found dead on his luxury Storebro yacht docked at the harbor in Skärhamn. Also on board is Andrea, his wife. Did she murder her husband? Or could the murderer be someone else in the Hildeng family? And Chief Inspector Greger Thulin didn"t expect to see yet another Storebro dock at the wharf. Arne Hildeng"s brother Jon and his wife Mette climb out of that boat, and Inspector Katarina Linde notices that Mette tries to keep her face hidden. But Katarina can see that the bruises are fresh.

At the same time, an explosion of violence is going on in Gothenburg"s underworld. The illegal gambling market and drug trade isn"t yielding enough for the many who want a piece of the action. And when the gangs start to break up, one of their leaders will have a key role in Katarina"s life.

It is said that when a gambling addiction gets its claws in you, it"s not only your own life that is ruined; you drag your family down with you, and in this suspenseful thriller by Ramona Fransson, the gambling devil isn"t satisfied with crushing only one family.
In Ramona Fransson"s fourth detective story, Lethal Games, you get to know the Hildeng and Caling families. They are affluent and outwardly happy and prosperous, but if one scratches the surface, humiliation and hatred are revealed. And when one of their sons is pulled into the Gothenburg gang"s violent and criminal world, the final piece of the beautiful façade cracks.

Ramona Fransson has established herself as one of Sweden"s most popular detective story authors.
Visa hela texten