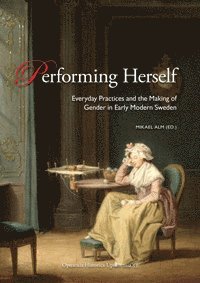 av Mikael Alm
Häftad Engelska, 2017-11-27
167
Köp
Spara som favorit
In this volume, three researchers engage with the practices of gender and the making of difference between men and women, between the feminine and the masculine, in late eighteenth and early nineteenth-century Sweden. Economic historian Hedvig Widmalm studies the intricate relationship between gender ideals as they were phrased in conduct books and the performative realities of every-day-life as they appear in the correspondences between husbands and wives. Historian Jessica Karlsson approaches work and the performative practices of time-use in late eighteenth and early nineteenth century gentry households. Who did what? Women or men? Young or old? High or low? Married or unmarried? Finally, textile historian Hanna Bäckström enters into the world of handiwork among mid-nineteenth century Swedish gentry women, and the performative nature of knitting, shaping ideals of social status as well as notions of feminine virtues.

The three masters" theses upon which the three chapters presented in this volume are based, were all written within the Faculty funded masters" research node Early Modern Cultural History at Uppsala University.
Visa hela texten