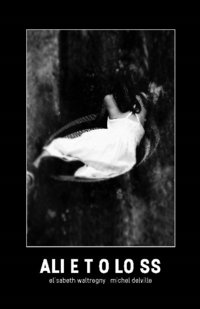 av Michel Delville
Häftad Engelska, 2017-10-31
161
Köp
Spara som favorit
To turn steadily through the pages of this book of photography and words is to wander through a land of strangeness and secrecy, where we are enjoined to follow a figure who occupies and activates a place inside her world and outside ours. Delville and Waltregny introduce us to a fabulous thought, where the interplay of the the textual and textural is quite amazing. Here, they have spun together text and image into a borderless world, of bliss and contagion, of intrigue and loss, of childlike fun and the gravity of time. This is a book of endless wonder, a Victorian curio, an intimate treasure to be pored over. In wider terms, this publication is a seamless continuation of the great, albethey broad spectrum, Belgian Surrealist traditions. Here we have a discursive relation between mediums, umbrellaed by the concept of a nineteenth-century fantastical reality. It is a chimera, sent to us by travellers who have made their way to a new land, an exceptional and thrilling form, a elegantly forged multivalent at which to ponder and delight.

Erasurist art is essentially a kind of rewriting. It is rooted as much in contemporary philosophy"s Deconstructionist turn as in Duchampian found objects and Situationist détournements. One of the earliest examples of textual erasurism in contemporary poetry is Ronald Johnson"s 1977 "RADI OS", a partial obliteration of the first four books of John Milton"s "Paradise Lost" preserving only a few words from each page of the source-text. "Ali e t o lo ss" subjects Lewis Carroll"s "Ali(c)e T(hr) o(ugh the) Lo(oking Gla)ss" to a similar treatment, revealing the lyrical backbone of the source-text, isolating some of its vital semantic «organs» while simultaneously responding to the deep and complex forms of Elisabeth Waltregny"s photographs, which were themselves inspired by Lewis Carroll"s specular worlds. Each poem is composed of words taken from one of the twelve chapters of Alice in the order in which they appear, the line breaks indicating the «gaps» in the source-text.